I’ve been making snowman Christmas tree decorations for the church I go to to sell at its Christmas Tree Festival. Thank goodness I’ve finished! They’re knitted in 4 ply wool and are around 2 inches high. They take ages to make, the arms in particular, which have to be rolled up and sewn down the edge before being sewn onto the body. The pattern was published in the Woman’s Weekly magazine when I was a small child and is by Jean Greenhowe. Mum knits these too and used to sell them at craft fairs. She adapted the pattern though, as the original pattern is for double knitting and had the head and body separated by tying wool around the outside whereas Mum threads it through the stitches when she reaches that point in the knitting. The original pattern had a broom, but that’s a step too far when one is trying to mass produce them! Downsizing to 4 ply meant the hat pattern had to be changed too. 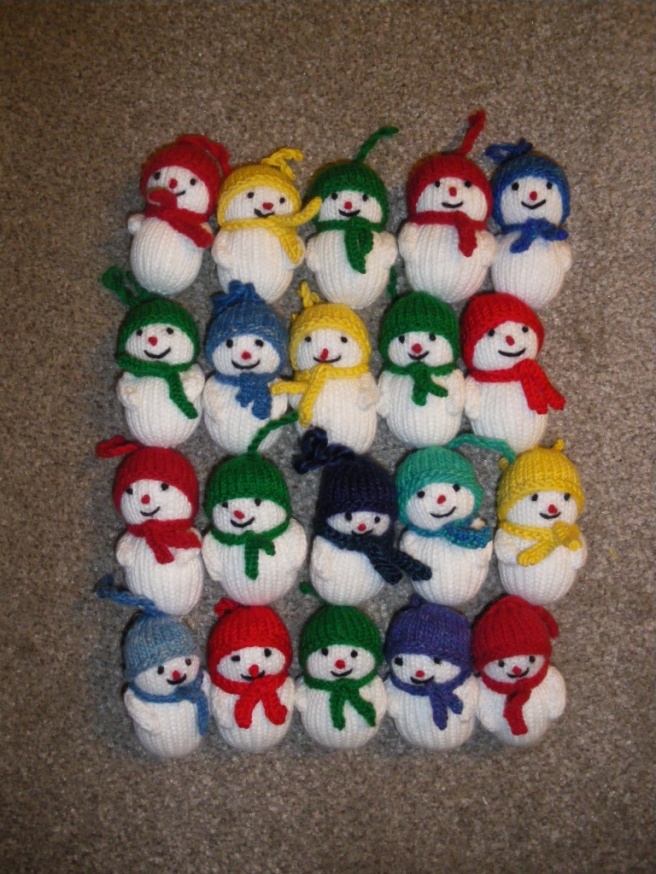 My Mum is a master of the art of snowman making, and kindly made lots and posted them to me for the church sale. As you can see, hers are more colourful, squidgy, smiley, and it has to be said, more popular (hmph!), than mine:

She also made a few ‘snowman pops’ from a magazine pattern, just heads. So these are they in total:

The church sale is in three weekends’ time but I’m away both for it and the weekend before, so had to deliver them to the lady who organises the sale either last weekend or next, so was pleased to do it last weekend as I’m running out of time for a number of other things, including knitting a jumper for Dad for Christmas. These photos are a bit dark because I took it on Saturday night when I’d finished the last one before delivering them on Sunday morning. Ugh, it was 11.30 p.m. when I finshed, suffering from Snowman Induced Fatigue Syndrome (SIFS), a rare condition, known to exist in only one person.

Mind you, it doesn’t help that I had to knit extra because I kept becoming attached to ones I’d made, especially if they have cute smiles. Here’s one that’s going to be on my tree this year! 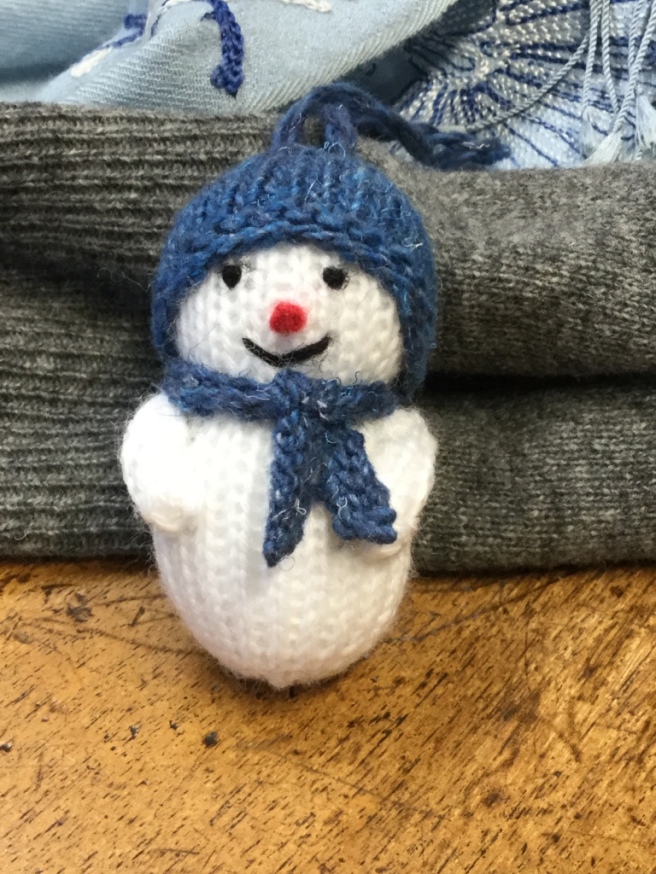