We moved into our new flat a month ago but aren’t properly settled yet, there’s too much to do in terms of unpacking, but at least I feel we’re getting there. We lost our sofa, because it was too big to move into the new flat, and given that the new flat is smaller have paradoxically acquired new shelving and a new flat-pack wardrobe, the last after 3 weeks of fighting with the catalogue company to deliver it in its entirety instead of leaving us with 2 of the 3 boxes needed. 2/3 of a wardrobe not much use to anyone! It snowed when we were moving, so lots of cleaning of the old place to do after we’d all tramped in and out gathering up our boxes, gulp… 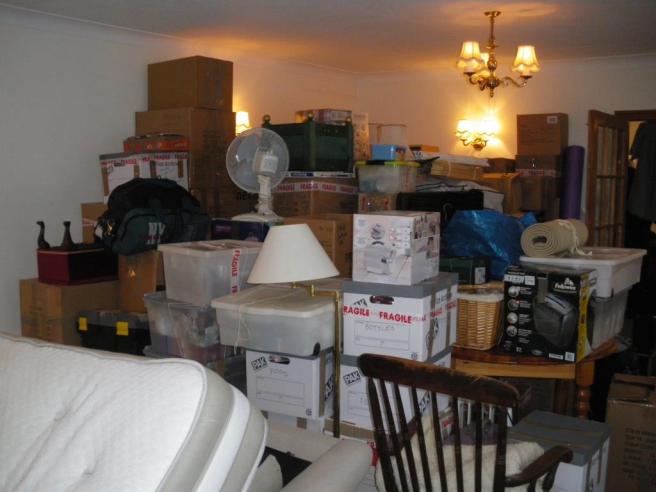 The nearest I got to crafting before we left was finishing this jigsaw, which took me I think over a year! 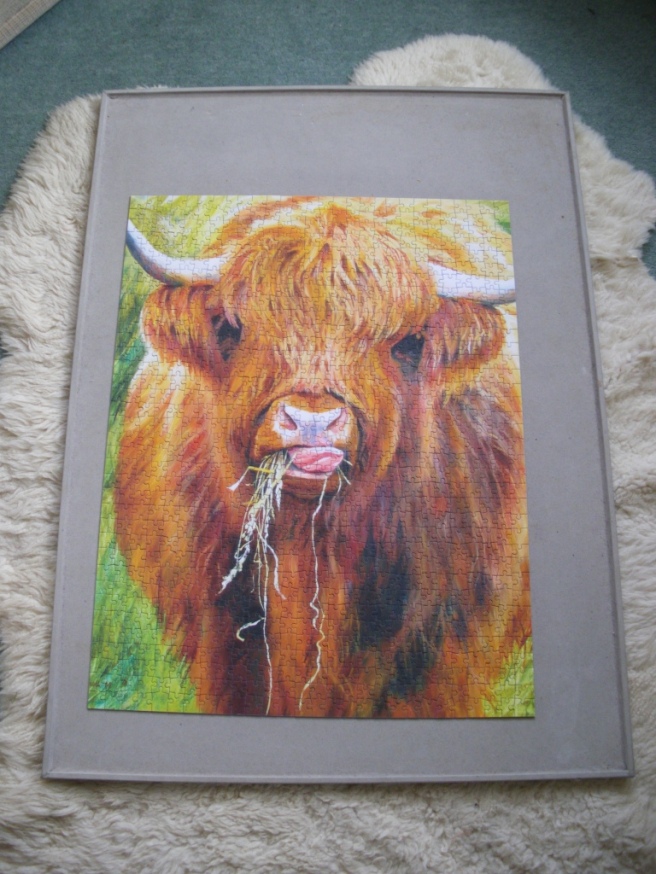 When packing I was keen to have patchwork to keep me going until the move was complete, but I’ve actually barely touched it. Partly because when I went for a job interview – which I didn’t get – I went to a bookshop afterwards and found a great book that I’m enjoying reading, but partly because I know when I finish this block I can’t move on to another one because haven’t enough space cleared for me to start cutting fabric.

Happily, I’ve finished the Noro jumper, and am pleased with the result. The only thing I don’t like is the sleeve length, which I should have made shorter.

When I went to start the sleeves I found they were missing from the English version of the pattern I’d bought from a German company. While waiting for them to send the missing part, I had a crack and trying to translate the German version, being impatient. I did A’ Level German but that was a shocking 20 years ago and oddly, it didn’t include knitting pattern abbreviations! Amazing what you can find online, though. When the English version came I found to my surprise that there were some differences between the two. The German version was to cast on 44 stitches, the English to cast on 45 and decrease one in the middle of the first row. Why? Different arm lengths too, is that because English people have longer arms than German people?!!!

Because I’d made the body in 6 mm needles instead of 5 mm, there were, as Mum predicted, problems with the sleeves. Fortunately there was no top of sleeve shaping to contend with. The pattern was to increase at each end of every 10th row to 74 stitches, which I started doing and realised it was going to be too long, but for some reason kept going, to prove it to myself, way after I knew it to be the case. I put it on a holder and started the second one, increasing on every 8th row, and that worked better. I got to 70 stitches and realised it was fit for an orangutan, so pulled it out and went back to 68, then pulled out sleeve one and knitted it up the same. I wish now I’d gone back to 66, but was nervous of making it too different. Still, it’s done now, and it’s okay. The neck was done on circular needles, which I’m not sure I’ve done before.

I’ve been able to wear it for two days before the weather here took a turn for the hot – it’s jumped to the mid-20s (celsius) in London, very confusing. 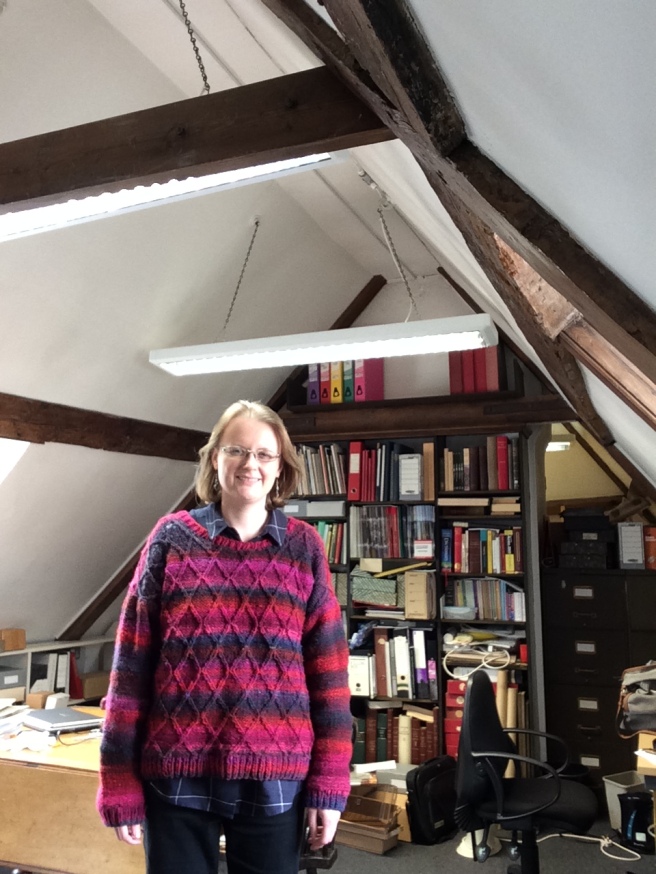 I’m now starting a new Noro jumper, a short-sleeved one using sock yarn, and all done on circular needles, which I’m not used to but we’ll see how it goes. It’s a beautiful yarn so I hope it goes okay!