I wanted to use more of this rather colourful fabric, so that the one block I’d already made using it wouldn’t look quite so lonely. I decided on the inner part of the block quite quickly, but it took several attempts to make the outer part look right. The final choice is here (top row still to be ironed down when the photo was taken): 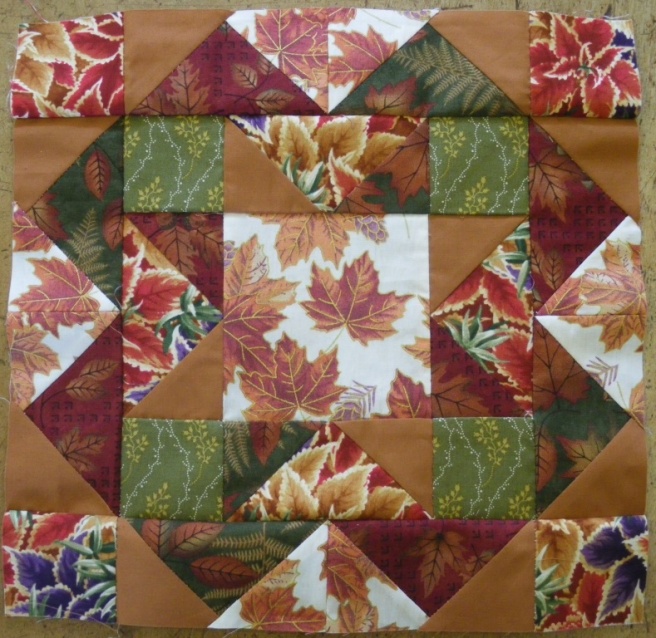 I’d decided on this one (below) at first, but although I liked the alternating greens and reds on the outside, I thought that the way they sat alongside the reds and greens on the inside created a bit of a messy shape. I’d already sewn most of the edge strips together, apart from the corner squares, so have kept them to use in another block, still to be decided.

These were some of the other possibilities: 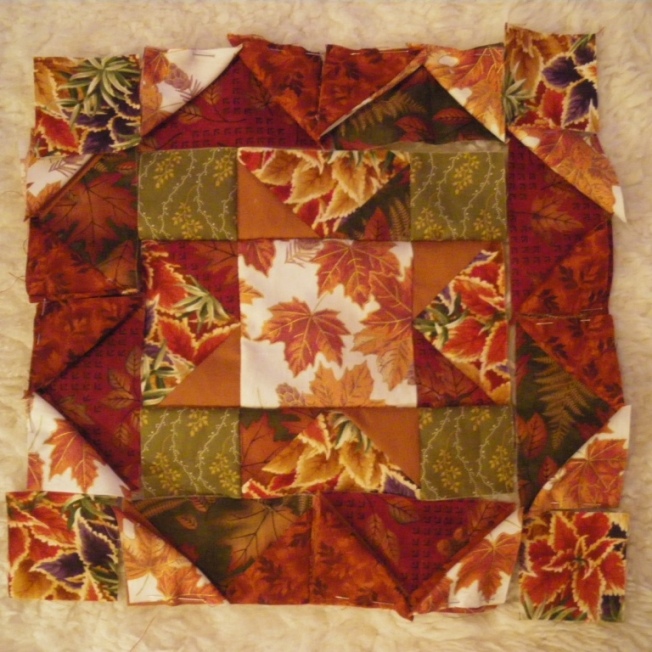 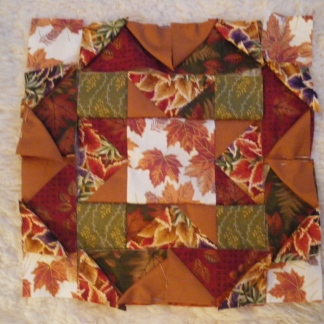 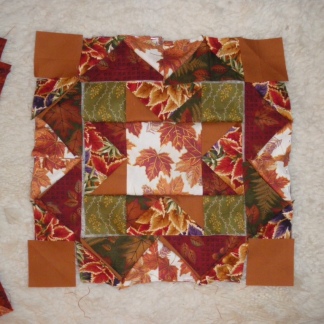 I finished it just before I took the train north to stay with my family for a few days, so before I left I designed another block and all but one element of another one, and took the pieces and squares with me, including three alternative fabrics for the undecided element of the last block. I finished the first one while I was there and a good portion of the other one, having decided on the final piece with the help of my Mum, and finished it yesterday! 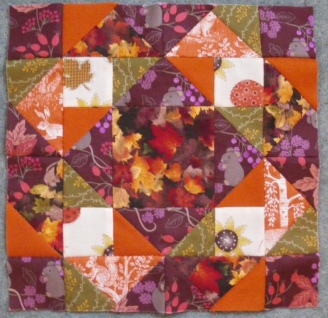 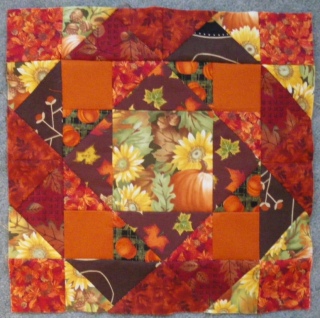 The plain orange in this was bought because I couldn’t find any more of the plain dark tan fabric in the first block shown here. I got it as part of a fat quarter bundle but would like to buy it as an item on its own, seeing as I haven’t used some of the other fabrics in the bundle. The orange is good within individual blocks, but when I laid them all out last night and stood back to look, the whole thing appears very orange, so I’d best resume the hunt for the dark tan.

I know I’d now best make some more blocks in plainer fabrics, but my attempts to lay some out last night using the fabric I have didn’t get very far.