Thanks to an extra-busy week and weekend I’m behind-hand with my aim to finish a block a week this week. I’m not sure when that became an aim, though! The people who set me off doing quilting would tell me off because it’s supposed to be a relaxing hobby! This is another one using some of my favourite fabrics (the leaves and berries in the middle, the stripey one, and the one with the brown background). I’m pleased I managed to incorporate some brown and green fabrics, to make it compatible with some of the other blocks I’ve made. Also pleased to have incorporated one which I bought online and feared I’d never use, as viewed as a whole piece it looks a bit too much like camouflage but with a particularly lime shade of light green (the small patterned triangles in the flying geese). I don’t know how much more of it I’ll use, but at least it’s in there! 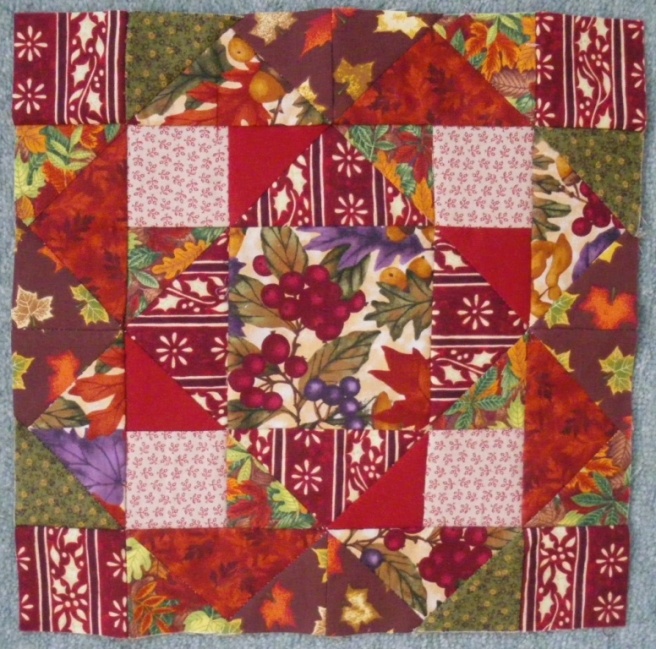